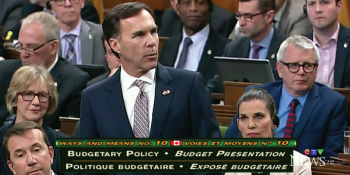 March 22, 2017 (Ottawa) – HealthcareCAN, the national voice of healthcare organizations and hospitals across Canada, commends the federal government for putting the health of First Nations first.

“The 2017 budget signals that the federal government is listening by investing in those areas of concern that matter most to Canadians: mental health, homecare and Indigenous health,” said Bill Tholl, President and CEO of HealthCareCAN. The federal budget confirms the health transfers negotiated bilaterally with the provinces and territories. “But checklist federalism is not enough. There is more to Canada’s healthcare system than the sum of our parts. That is why it’s time for the Prime Minister to fulfill his campaign promise to convene first ministers on healthcare,” he added.

While HealthCareCAN commends the federal government for the $30 million added last year to the base budget of the Canadian Institutes for Health Research, we are disappointed this year and we will be holding the federal government to account in terms of additional CIHR funding as part of the federal fall economic update. “We understand that more substantial investments are being considered. HealthCareCAN, along with H10 – our research hospitals – will hold the government to this promise for the sake of the future health researchers of Canada,” added Mr. Tholl.

HealthCareCAN is the national voice of healthcare organizations and hospitals across Canada. We foster informed and continuous, results-oriented discovery and innovation across the continuum of healthcare. We act with others to enhance the health of the people of Canada; to build the capability for high quality care; and to help ensure value for money in publicly financed, healthcare programs.