On May 21st, HealthCareCAN‘s President & CEO, Paul-Émile Cloutier appeared before the House of Commons Standing Commitee on Finance (FINA) to drive home the message that the health research sector is a major economic driver, and its research brings tremendous value to public health and to Canadians.

Mr. Cloutier was joined by Dr. Brad Wouters, Vice President of Research for the University Health Network (UHN) for the Q&A portion of the meeting. Mr. Cloutier’s statement is available below. 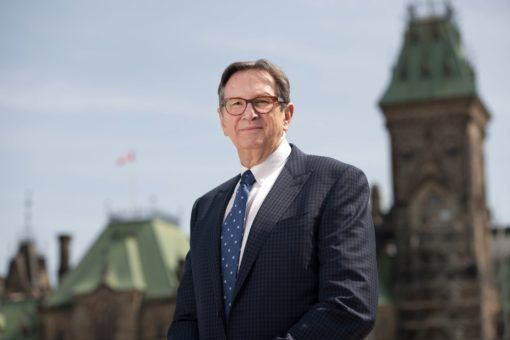 The health research network is a major economic driver and its research brings tremendous value to public health and to Canadians.

When Canadians think of healthcare institutions, they think of lifesaving care delivered to those who need it, and available when they need it. That is true and it’s important. Indeed, it is foundational.

But there is another side to Canada’s community of healthcare institutions that is less well understood.

Canada’s healthcare institutions are world-class hubs for research, innovation, and commercialization in the field of health. Research institutes based in healthcare are developing answers to the great questions of the day, working at the bleeding edge of disciplines that run the gamut from precision genomics to population health.

The federal funding for wage supports announced by the government last Friday was met with great relief by the health research community and may have avoided the loss of up to 15,000 jobs in May alone. We are sincerely grateful for the government’s consideration and foresight in this matter.

Canada’s healthcare organizations have taken extraordinary steps to provide care to Canadians throughout this pandemic; steps that have required major investments and incurred unforeseen expenses.

The federal government has been highly responsive to Canadian businesses and has not hesitated to take steps to mitigate their significant financial losses.

The health care system should and must receive equal attention from the Government of Canada. The Canadian hospital system must be given access to contingency assistance programs. What’s more, this decision must be viewed as one that will carry into the future.

With a projected deficit of $250 billion, what does the future hold for Canada’s healthcare system and all the researchers who support it? We cannot afford to gamble on the future. The health of Canadians deserves more than a debate between governments in a power struggle that too often proves unproductive and ineffective.

And with that in mind, I ask the Committee to consider the role the federal government should play in striking a better balance across jurisdictions in order to support health systems reeling from the pandemic.